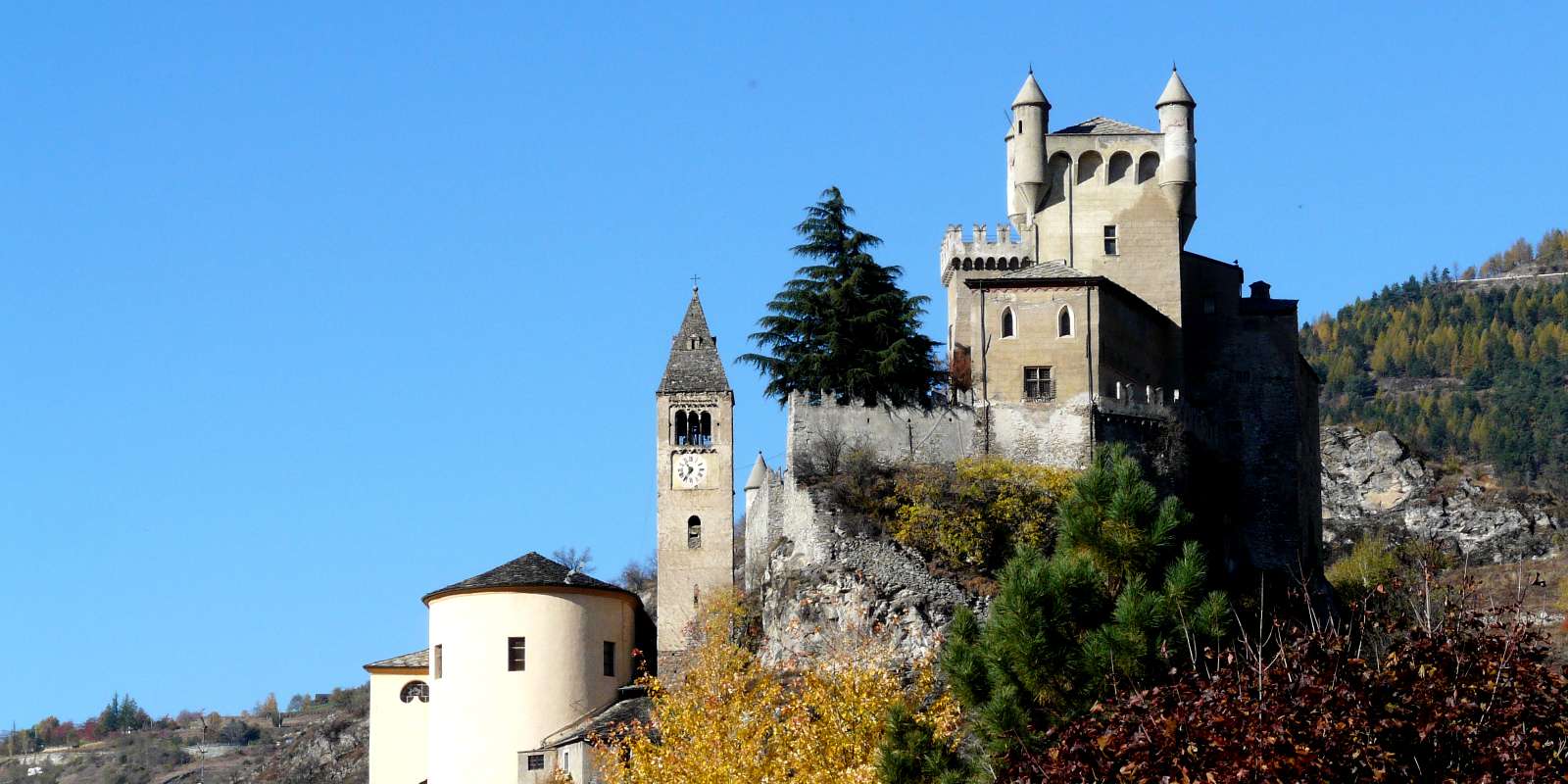 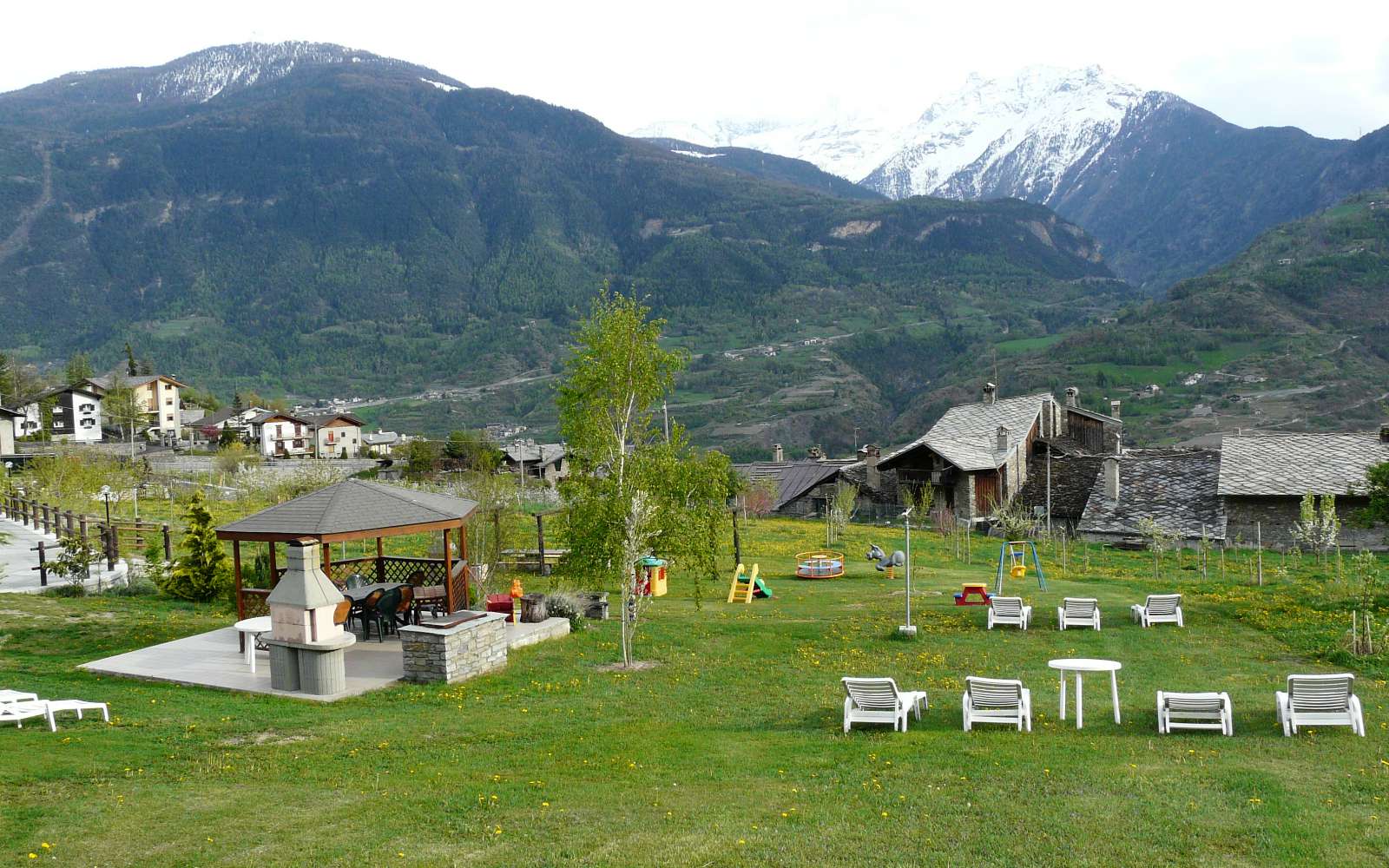 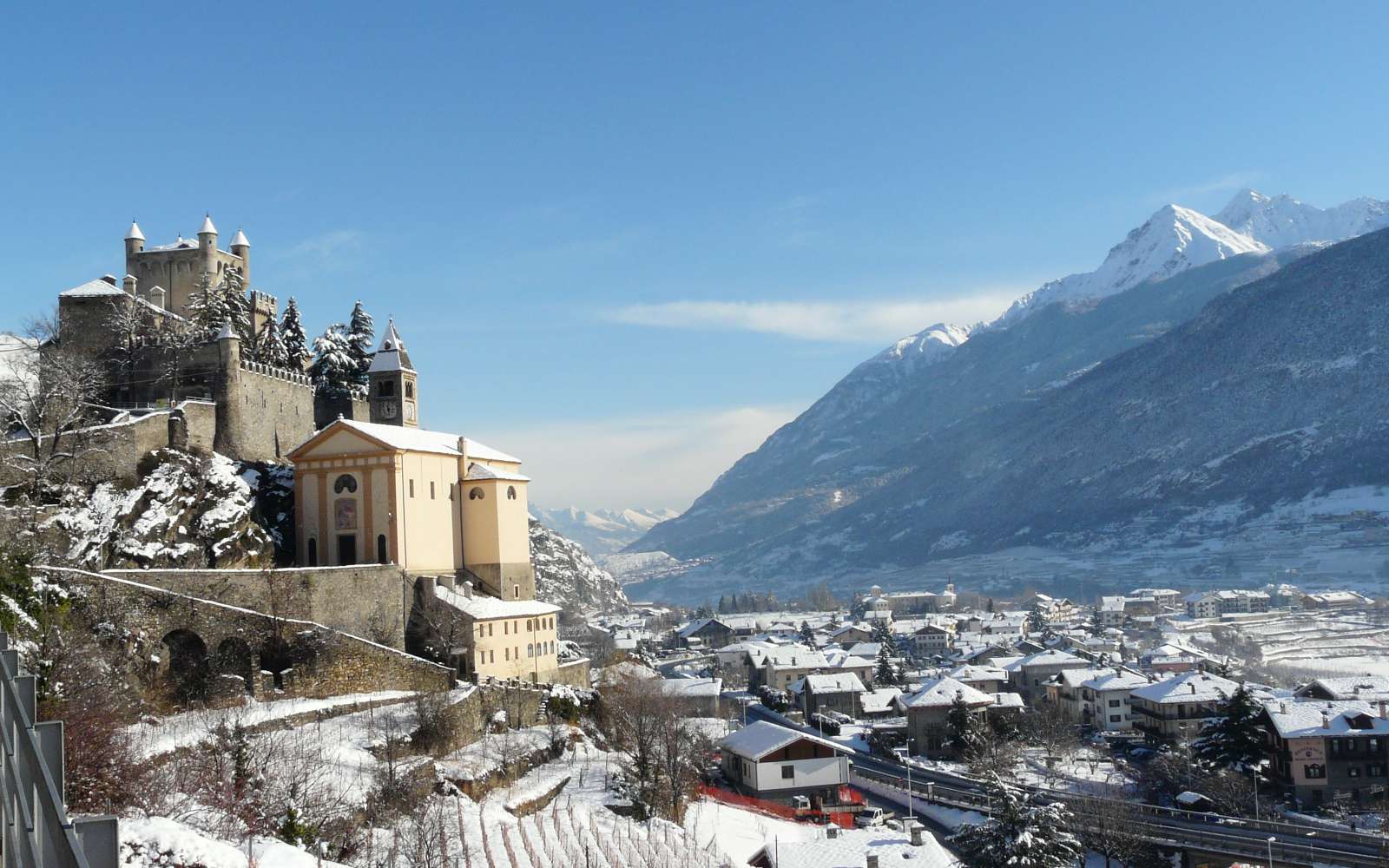 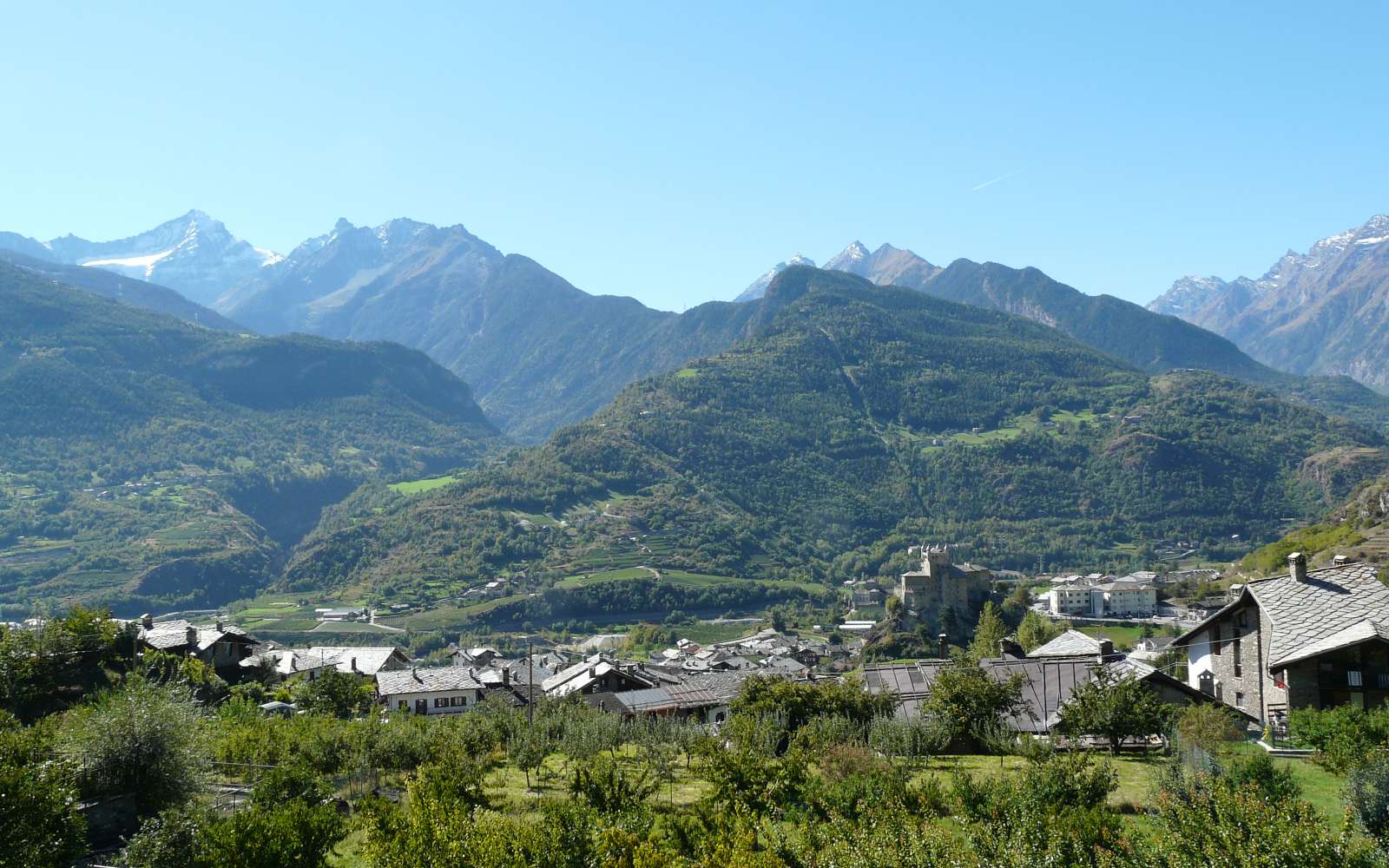 In the heart of the central valley, on the left bank of the Dora Baltea, dominated by the snow-covered pyramid of the Grivola, one of the magical peaks of the Gran Paradiso, it extends Saint-Pierre, a charming village surrounded by a medieval castle. In the castle of Saint-Pierre, it is home to the Regional Museum of Natural Sciences. Surrounded by orchards, on the edge it is another castle the “Sarriod de La Tour”

Saint Pierre stretches from the lands lapped by the Dora Baltea to the green grasslands at the foot of Mount Falère, where you can enjoy a superb panorama of the whole Aosta Valley. Its excellent position makes this village very sunny. This favours growing rennet and golden apples, whose colour, aroma and flavour are strong and unique. Viticulture too plays an important role here. As a result, these vineyards yield an excellent, characteristic wine called “Torrette”.